Ok, so my next Clipper sailing will be Level 3 training between 13-18 March in a Clipper 68 or 70 yacht in the English Channel but my NEXT BUT ONE will be with students from the Walton Hall Academy and with the Cirdan Trust onboard a vessel called the Queen Galadriel. 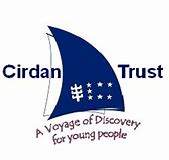 A week or so ago, at the invitation/introduction of a mutual friend, I met the Principal of Walton Hall Academy. Walton Hall is situated in a rural setting just outside Eccleshall in Staffordshire, and is about a mile and a half from where I live. Walton Hall itself is an Italian style 19th century country house built in about 1848 for Henry Killick who was High Sheriff of Staffordshire in 1862 and the Academy utilises the Hall and a number of other buildings, some purpose built, on the site. Walton Hall Academy is part of the Shaw Education Trust. It is quite a unique academy with extensive grounds and  outstanding vocational resources and it caters for students between 11 and 19 with a wide range of special educational needs including autism, emotional and learning difficulties some having complex learning, sensory and associated medical needs. The Academy has specialised provision for meeting the needs of students for whom a mainstream school would have difficulty in meeting these needs. The Academy prides itself on helping young people with a range of special educational needs and disabilities to achieve their full potential

The Cirdan Sailing Trust specialises in enabling groups of young people, particularly those who are disadvantaged in some way, to experience the challenge and adventure of lfe at sea on large sailing vessels. The Cirdan Trust was founded in 1983 to serve young people predominantly in the southeast of England and the Faramir Trust in 1991 to do the same for those of the northeast. In 2002 the two trusts were conjoined under the title of The Cirdan Sailing Trust. Both Trusts were founded and endowed by the Rev Bill Broad who inherited a small fortune from his father, R L Broad, an outstandingly successful insurance tycoon at Lloyds of London. Rev Bill was convinced that sailing in groups was a sure way of encouraging the development and motivation of young people. Partly for his services to this cause, Bill was made a Canon of Durham Cathedral in 1994 and was awarded the Beacon Fellowship Prize for Family Philanthropy in 2006. He is quoted as saying, “It is easy for the well-off and reasonably educated to choose their occupation and gain the good things in life. But for the unfortunate and disadvantaged this is often impossible. Sailing on well equipped and well managed historic vessels gives them a new vision in life.”

Both Trusts were named after characters in Tolkien’s “Lord of the Rings” – Cirdan, the lesser known character, is the shipwright in the trilogy. The Tolkien theme continues with Queen Galadriel and Faramir as ships of the Cirdan fleet and the present day Cirdan logo includes a design which represents the seven stars and the white tree of Gondor.

The aim is that all students take an active part in running the vessel both above and below decks,and that the experience can help build the traits and skills necessary to underpin success in education, employment and life in general including confidence, resilience, motivation, tolerance and team spirit. 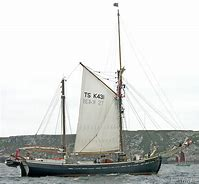 The Queen Galadriel is a gaff rigged ketch built originally in 1937 at Svenborg in Denmark. She was originally called Else after the first Captain’s daughter. The Queen Galadriel is 24m long and has a masthead height of 27.8m. She traded as a cargo vessel around the coasts of Denmark and Norway, first as a motor sailor but after 1956 under motor alone. In 1983 she was bought by the Cirdan Trust, extensively restored and re-rigged and in 1984 she entered service as Queen Galadriel. 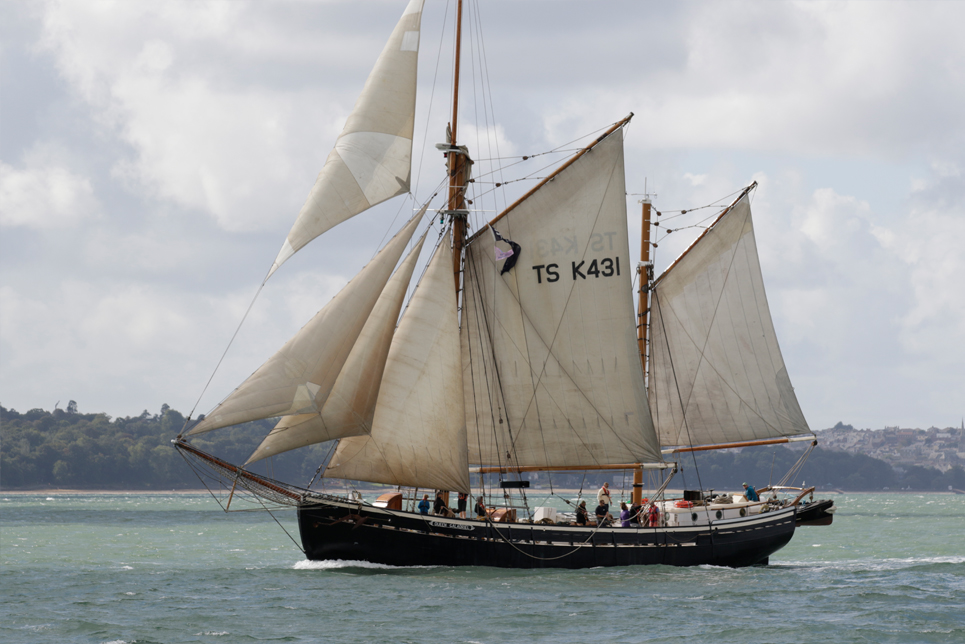 So, joining in Poole and disembarking in Falmouth I will have enough time ….. JUST ….. to get home and sorted before Clipper Crew Allocation Day in Portsmouth on 11 May. Wish me luck!