Most popular day to read:   Monday’s

‘Countries that have read the blog only once:   Belgium, Indonesia, Qatar, Turkey, Oman, Malaysia, Greece, Brazil, Philippines, Vietnam and ……… Jersey!

Happy Christmas from everyone and everything Clipper 😉 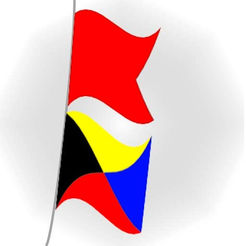 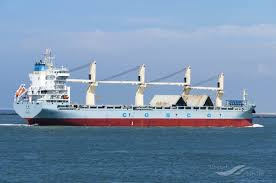 Bravo Zulu is naval signal code for “manoeuvre well executed” or “job well done” and Tian Fu is the name of the 38,000 tonne general cargo ship that rescued British round-the-world sailor Susie Goodall in the South Pacific this weekend. 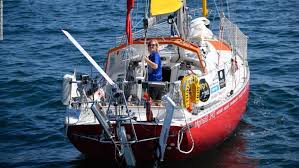 Like many, I have been following the story ever since Susie’s 35ft yacht, DHL Starlight was dismasted last Wednesday in 75mph winds and waves of 9m+. Dismasted not after just being rolled and capsizing but dismasted after surfing down the crest of a wave and being flipped end-over-end, stern over bow. At the time she was 4th in the Golden Globe race and about 2000 miles west of Cape Horn. It’s been quite a year for the Golden Globe  (see Blog 23: The weather theme continued …. but spare a thought and prayer this Sunday for Abhilash Tomy, 23 Sep) and quite a year for women skippers! (See Blog 14: Girl Power!, 2 Aug). The arrival on scene of the Hong-Kong registered Tian Fu was not the end of the excitement as Susie then had to stand on the ruined hull of DHL Starlight and judge the right time to hook-on to the safety line winched down to her from the cargo vessel.

Perhaps not quite as bad as being flipped stern over bow but not without its challenges!  Its enough to put some people off sailing…………… it certainly puts sea survival into perspective (see Blog 28: Level 2 Training Part 1. Sea Survival, 25 Oct) ……. and any of my own concerns pale into complete insignificance. For example …..

This time next year (give or take a week or so for artistic licence) I will be at a Board meeting of the Harwich Harbour Authority. One of the trickiest decisions I always face at such meetings is where to sit. Or perhaps not where exactly but rather which way to face. The CEO’s office, when doubling as the Board Room, offers spectacular views of part of the HHA ‘patch’.

and, further up stream, the small picturesque port of Mistley.

Looking directly ahead from the conference room is the confluence of the river Stour and the River Orwell and the view across the water towards Shotley.

Off to the right the river Stour leads 20 miles or so up to the port of Ipswich, passing sites of special scientific interest and a number of other yacht marinas. Generally speaking there is ALWAYS something to see which is something of a distraction to some (for “some” read “most”) of us – hence the tricky “where to sit decision.” 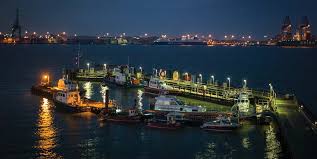 Next year I think it might be even harder. This time next year (slight crossing of fingers on my none typing hand) I will have completed my Clipper adventure for 2019 and will be back from Western Australia. Depending on how quickly or not we actually race I may only be just back, quite literally hanging my Musto smock up, as I open my laptop (paperless Board meetings 😉)

Leg 3, the Southern Ocean Leg, also known as the Southern Ocean Sleigh Ride, is 4,754 nautical miles long, normally between Cape Town, South Africa and Freemantle, Western Australia. It is “programmed” for 23-24 days racing and in the last race the leg was won by Unicef in 24 days, 23 hours and 10 minutes. The highest reported yacht speed was 24.2 knots. This leg offers some of the most exhilarating and testing conditions of the entire circumnavigation, perhaps second only to Leg 6, the Mighty Pacific. On this leg we will dip into the notoriously strong winds of the Roaring Forties, which lie between 40 and 50 degrees south. Once clear of the stunning but fickle-winded Table Bay, the race will head for the first Great Cape – The Cape of Good Hope, and on to the Agulhas Bank, an area notorious for very disturbed seas where the Atlantic and Indian Oceans meet. Despite the gruelling reputation that the Roaring Forties command – we will be surfing downwind on some swells higher than buildings – this is a place respected by sailors world wide as one of the best places to fully appreciate Mother Nature in her most raw and powerful glory.

Put that way is can seem hard enough, but it can be harder than that. At the beginning of the last Leg 2, PSP Logistics collided with a whale that caused damage to the starboard rudder that necessitated a return to Uruguay. The delay caused by the subsequent repairs meant that by the time PSP Logistics rejoined the race the leaders were already approaching half way to Cape Town. And as if that was not enough, at the beginning of Leg 3, Greenings ran aground off the coast of South Africa and, while all the crew were evacuated safely, the yacht was subsequently declared a complete loss. 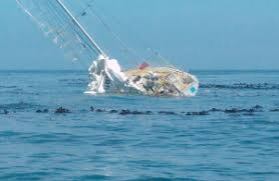 On the current “Board forward look” we already have four decision papers to review this time next year. I think I’ll be sitting facing away from the sea view!

Just come across a photo I had originally intended to use in the last blog – blog 35: The Curious Incident of the Dog in the Night-Time … and The Reason I Jump, 26 Nov. 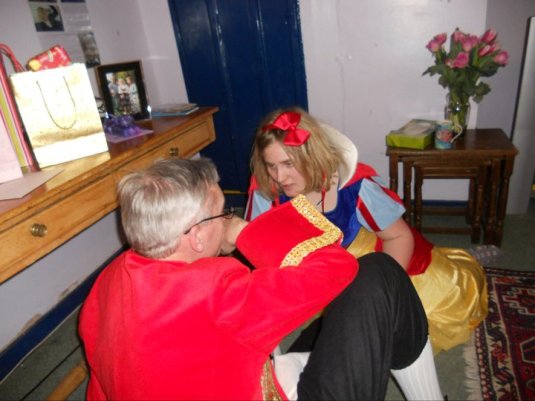 Rebekah (as Snow White) in deep and very largely non-verbal “conversation” with, appropriately enough, Captain Hook, thankfully as I recall at the time, minus irritating wig! Sadly Captain Hook has not yet featured on these pages (see Blog 12: A Bakers Dozen of Famous (and Infamous) Bearded Sailors (1), 21 Jul, and Blog 19: Half A Dozen More ….. Famous and Infamous Bearded Sailors, 31 Aug).