A year ago today, Leg 6 of the 2017-2018 Clipper Round The World Yacht race left Qingdao, China, for Seattle, USA, to cross the mighty North Pacific. So, time for another “this time next year post although for 2020 I think I will be joining in Zhuhai and racing, fist, to Qingdao, and then across the Mighty Pacific to, at least for the moment, I know not where …….

Ok so I survived Level 3 training, in fact I passed. I didn’t fall overboard (progress from Level 1 (see Blog 9: Have you heard the one about the Englishman, the Irishman and the Scot ………, published 9 July 2018) although I did spend a little time underwater up in the bow largely because, as predicted in the previous post, Storm Gareth DID get in the way a little. Anyway, enough of that for the moment. The day after finishing Level 3 training, the skippers for Clipper 2019-2020 were officially announced.

The 11 Skippers have a combined total of 1,312300 miles in their log books and have already completed a gruelling selection process

Nick Leggart, 52, from Cape Town has more than a quarter of a million miles in his log book and has already completed 3 circumnavigations of the planet and has set 5 world speed sailing records, including a round the world sailing record in 2004.

Chris Brooks, 33, from Westcliff-on-Sea, Essex, has been a high performance sailor since leaving school. As a self described results-orientated skipper, he boasts an impressive 95% podium result rate from hundreds of regattas. He has also raced in RORC Fastnet campaigns and qualifiers, and co-skippered ARC’s racing division.

Josh Strickland, 31, from Southampton, Hampshire, started his sailing career as a teenager through a {Prince’s Trust bursary. He now has over 100,000 miles in his log book, having dedicated his career to sailing and instructing all over the world. He has an in-depth knowledge of Clipper 70s thanks to previous roles as a Clipper Race Training Mate and re-fit team member. 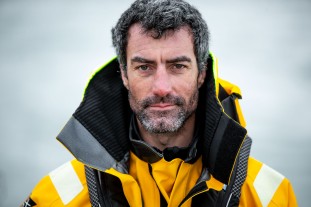 Ben Keitch, 42, from Eastbourne, Sussex spent 18 months with the British Antarctic Survey (BAS) and has an impressive 30 year sailing racing career which includes racing at National level, skippering Oxford University’s yacht team and, most recently leading novice crews on ocean crossings. In addition to BAS, his diverse career has included achievements in physics, computing and diving.

Seumas Kellock, 26, from Edinburgh, Scotland is a former Clipper Race Crew Member whose skills were so impressive he has spent the last 3 years working towards the goal of returning to the event as a Race Skipper. He excelled at the Clipper Race Coxswain Course and has completed a previous circumnavigation as a Watch Leader.

Jeronimo Santos Gonzalez, 44, from Galicia, Spain, is the Clipper Race’s first ever Spanish Skipper. Coming from a seafaring family, he represented Spain in various national and European Championships in his youth after his family moved to Melilla. He has had a lifelong ambition to sail round the world professionally.

Mark Burkes, 54, from Worcester has already circumnavigated with Clipper during the 2011-2012 Race and has skippered in the Rolex Sydney-Hobart Race and Fastnet. He has crossed all the world’s oceans more than once.

Ian Wiggin, 30, from Plymouth, is a passionate racer and sailing instructor who has been working towards his goal of becoming a Clipper Race Skipper for the past ten years. He has extensive sailing and instructional experience across Europe and the Mediterranean and recently completed his seventh Atlantic crossing.

Mike Surridge, 55, originally from Canterbury but now living in West Sussex started sailing in his early 20s. He has an excess of 100,000 nautical miles in his log book and has extensive experience, taking part in 5 Fastnets, 13 Round The Island races, the ARC, and the BVI regatta. Away from the water he also has ambitions to complete an east to west Route 66 transit by motorbike.

Guy Waites, 52, from Yorkshire is a highly skilled racer with a vast, varied experience gained over 26 years of sailing. Highlights have included refitting and repairing two yachts to sail solo across the Atlantic, and completing the second half of the Clipper 2017-2018 Race as a Mate.

David “Wavy” Immelman, 48, from Cape Town, South Africa has extensive offshore racing experience and since catching the sailing bug aged 5, he has recorded more than 350,000 nautical miles in his log book with over 200,000 as Skipper. For the past three years he has been working as a Yachtmaster instructor in Cape Town, with his role including skippering training runs from Cape Town to Rio de Janeiro, Madagascar and back with ten RYA Yachtmaster Ocean students on board.

So that’s it. 11 Skippers, and I’ll find out whose crew I will be in at crew allocation on 11 May. Oh and for the record ……………. I have less than 600 nautical miles in my sailing log book and I’m pretty sure the Race will be my first time afloat with a skipper/Captain younger than me! 😉

“Wavy” has one other as-yet-unacknowledged-claim-to-sailing-fame in that he was the Clipper Training Mate for my Clipper Level 3 training last week – but more of that in the next post!

By the time you read this I will already at sea. Thanks to the ability to programme publish dates for blogs in advance, I write this on the eve of the start of my Clipper Level 3 training, knowing that it will be published as the training is underway ……….. always assuming, that is, that Storm Gareth, currently battering northern parts, doesn’t interfere here on the Channel coast.

I’ve been too busy in the last week or so even to be nervous this time around (see Blog 27: ‘Twas the night before Christmas … ooops sorry … ‘twas the night before Clipper, published 12 Oct 2018) – yikes was it really FIVE months ago – and I’m not quite sure if that’s a good thing or a bad thing. Time will tell. Am I ready? Well not as ready as I felt for Level 2 if I’m being honest. Less nerves. Gripped by a steely determination to succeed that I didn’t feel (certainly not as strongly) last time out. Confident in my kit. Very confident that I am mastering taking less and less kit. Keen to illustrate my post-Level 3 training blogs with pictures (and maybe even a video or two using my new phone. Comfortable with my fitness. Less comfortable with my weight – hit my end of March target weight a few weeks ago but have not maintained it. Nearer my post Christmas target which is annoying. Thanks to various WhatsApp groups I know I will not be sailing with anyone I sailed with on Level 1 or Level 2  – so excited to be meeting a new set of Clipper friends this time around. Am I ready? Well it’s amazing how much revision you can get done on the train and at a British Ports Association conference! Top tip ……….. expect strange looks when you open your laptop case on the 0654 train into Euston on a Monday morning and ………… two pieces of rope fall out ……………. closely followed by a small notebook entitled Wet Notes 😳 Expect even stranger looks when you sit there practicing knots!

A Clipper “bowman” in less than benign conditions!

The aim of Level 3 training is to consolidate our safety knowledge, re-cap on Levels 1 and 2, more watchkeeping and to introduce the asymmetric spinnaker and exercise more down-wind sailing and helming. It should also allow a first sea-going experience in a Clipper 70, the yachts we will all be racing in later this year, so plenty to write about on my return ………….. watch this space 😀

At the latter event it became clear, for the first time, that Zhuhai is where I will rejoin the Clipper race in the spring of 2020 for the start of Leg 6 – The Mighty North Pacific. Leg 6 is likely to involve two races – the first up the Chinese coast from Zhuhai to Qingdao, and the second from Qingdao to the eastern seaboard of North America. With preparations now ramping up for the 2019-2020 Race, new Chinese Host Port and Team Partner, Zhuhai has become the first to have its yacht branded. It took two experts approximately 18 hours to brand the boat ……..

……. with a design that features some of the city’s key attractions including the Zhuhai opera house, Lovers Road, the statue of the Fisher Girl and the newly opened  Hong Kong-Zhuhai-Macau Bridge (see Blog 18).

Zhuhai, nicknamed The City of Islands (it has 146 islands) was recently voted one of the happiest places in China and is surrounded by a beautiful backdrop of mountains and boasts the longest city coastline in the country. It is a mere 70 minutes ferry trip from Hong Kong or even quicker via the recently opened bridge, the world’s longest sea crossing bridge. The opera house was inspired by a painting by Botticelli and shellfish from the waters of the Pearl River; Lovers Road is a 17km long coastal route which provides stunning views of the city and the surrounding islands and also takes in the Fisher Girl statue, holding aloft a glistening pearl and one of the most popular images of the city. Legend has it that the Fisher Girl statue commemorates a love story between a local fisherman, Hai Peng, and an angel – daughter of the South Seas Dragon King – who descended to earth one day, fell in love with the beauty of the land and turned herself into a fisher girl, weaving nets and searching for pearls to earn a living. 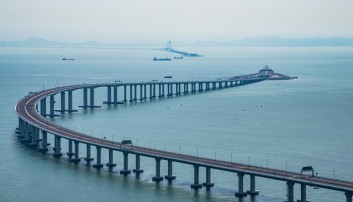 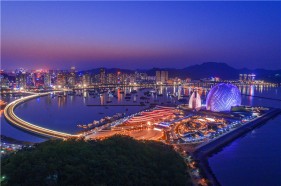 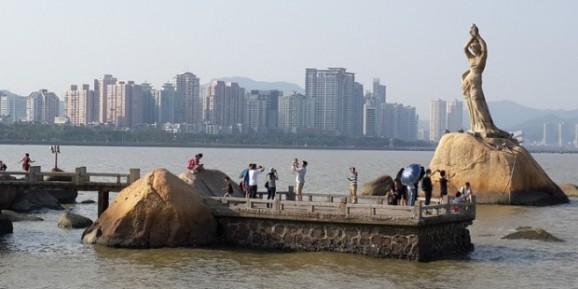