I’ve written about irony (eyeronie) before. The irony this time is I’ve just gone the longest period since starting this blog WITHOUT writing anything ………. during the longest period since starting this blog with the most time on my hands to write something! And let’s not kid ourselves, the last few months have provided plenty to write about. Eyeronically, I did draft a blog at the beginning of May about eyesight but never finished it. Turns out, eyeronically, that I was tempting fate.

But first and foremost this was always meant to be a blog about Clipper sailing and there hasn’t been any since my last blog. Indeed, unless I stretch a point and include taking a bath, I haven’t even been afloat never mind at sea and for weeks I travelled no further than the end of the High Street. I have no unusual lockdown tales to tell although I have viewed recent events through the singular prism (no pun intended) of only having one fully functioning eye (see blog 112: I see No Ships, published 15 March and blog 113: Update, published 21 March). Another eyeronic aspect of my literary absence; it’s been harder to see what I am writing!  I’ll some back to “the eye” shortly.

I wrote my views about Clipper crews having to readjust when I wrote towards the end of March. I was fortunate to see Lindsay Rowley and Jerry Weedon for catch up drinks before flying out to the Philippines at the beginning of March, having last drunk with them in Punta del Este and Cape Town respectively. Since then many of us have kept in touch by WhatsApp, phone and e-mail and, COVID lockdowns permitting, some will gather for drinks in London on 8 August when, had the world not changed, we would have been sailing, or rather motoring, up the Thames having completed the race. The yachts remain in Subic Bay in the Philippines under the watchful eye, and daily maintenance, of Jeronimo Santos Gonzalez, the skipper of Punta del Este, and, at least for some of the time, Hugo Picard, the AQP of Ha Long Bay, Vietnam. Jeronimo has written at least two “letters from Subic” and Clipper has published the intent for the Race resumption next year but I will write about that in a later blog.

My own lockdown cannot possibly be described as tough. I have worked primarily from home for the last 7 years so that “transition” was easy, my sacrifices have been minimal, my blessings plentiful and Ruth and I have been fortunate enough not to lose anyone close. I know that many, many people and families have been less fortunate. If I listed the “things I have missed” it would be very friends-and-family centric and not unlike many similar lists.

So yes, I have now mastered Zoom, Teams, FaceTime etc and I’m going to miss the “mute all” button when face to face committee meetings resume. I see more of my extended family by electronic means than before and a regular Sunday afternoon zoom call has

seen 6 of us select our all time favourite sports teams (football, test cricket, one day cricket and Ryder Cup golf), plus top five culinary experiences, top 5 holidays (visited), top 5 holidays (yet to be visited), top 5 adventure activities and top 5 bars! I’ve sat in on and chaired various “virtual” committee meetings and even attended two “virtual” formal dinners – firsts for both organisations concerned and one in black tie accompanied by Arthur (the dog). Ruth’s saxophone lessons have shifted “on line” and the Eccleshall Community Band, which she helped establish, produced a “virtual” rendition of Camptown Races in company with a similar band of musicians from the Isle of Lewis in the Outer Hebrides. You can see the performance via the band’s website at https://cbeccleshall.weebly.com

Together with Ruth I’ve made good progress against an increasingly impressive (and rapidly expanding) lockdown jobs list, one of the first of which was “you’d better find a more permanent home for all THAT sailing gear!” Thankfully I found a spare wardrobe top. We attended an online garden party with Bill Turnbill, Monty Don and Martha Kearney in support of Bees for Development

(a charity I have supported previously) and Bill and Martha are both keen beekeepers. We joined Eccleshall residents dotted along the High Street for a socially distanced VE Day street party with musical accompaniment provided by a local pub via an online link.

On the subject of gardens, Ruth has turned vegetable growth into a veritable cottage industry although quite what we are going to do with so MANY turnips I really don’t know. Our own beekeeping has come on leaps and bounds during lockdown. We conducted our first “splits” in May (creating two colonies from one big one – not unusual for beekeepers but a first for us) and we were so successful we did it twice. Labels have been redesigned, beeswax bars for hand sowers have been produced, honey soap is on the production line and “we” (which is beekeeping speak for Ruth) are experimenting with beeswax infused wraps (for sandwiches, cheese, jar coverings etc) having banished cling-film from the house a couple of years ago. We are doing a useful trade in honey sales via our local butcher and, fingers crossed, will raise our own queen bees in a matter of days. So far we have not lost bees through swarms this year (fingers remain crossed) although we have been called out by locals to investigate bees in roof voids and compost heaps – generally bumble bees, one swarm of honey bees high in a tree – too high to safely recover and  it turned out, not from our hives. More recently – earlier this week – I was called to recover honey bees that had settled on the bonnet of a Jaguar car parked opposite a bar in the High Street – cue cries of “is that a BEE MW?” and “has he got a bee in his bonnet?” from the imbibing audience; a small swarm of bees proving to be perfect encouragement for appropriate social distancing. One of our highlights has been “Bee School” – being joined online for hive inspections, colony splits, introduction of new queen bees and honey production by a small team of 4-5 year old’s, led by Ruth’s granddaughter, Evie, plus parents “joining” us from Bristol.

I started my previous blog with the encouraging news that I had begun to notice a gradual improvement in my eyesight. That improvement continued and by the end of April 80% to 90% of the “debris” in my left eye had drained naturally. Unfortunately, on 6 May I suffered a second hemorrhage and effectively went back to square one. Blind in the left eye. This time, although the bleed itself was much smaller, a portion of the vitreous (the jelly stuff) in my left eye has become detached and blood is trapped behind 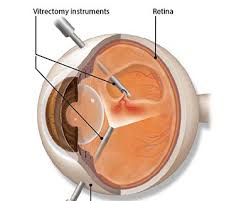 it. While I have some peripheral vision I remain, to all intents and purposes, blind and medical opinion is that this trapped blood will not drain naturally. I now require an operation (a vitrectomy) to remove the vitreous in my left eye, clean out the blood and repair any damaged blood vessels. Ultra sound scans have shown no damage to the optic nerve and the  operation, to be conducted on 12 August under local anesthetic, has a 98% chance of success. Under medical instruction I am now in rather strict self-isolation, as of yesterday, ahead of the Op and will be COVID tested prior to going under the knife. Sadly it means I will miss the 8th August UNICEF reunion but I will not have to self-isolate afterwards. More to follow on this eye think 😉

Not all Clipper bloggers have had literary lockdown hibernations like me and I cannot resist a plug for my friend Sam Dawson – a non-sailor but an adventuress in her own right. She not only balances support for UNICEF (in which her husband John is a round-the-worlder) and Qingdao (in which son George is also circumnavigating) but has kept her blog going throughout lockdown. Her latest post – http://www.farncombeadventure.blog – George and John’s boating trip, a land-lubber’s guide to the Clipper Round The World Yacht Race = reflects on what she had planned and might have been doing now ……. in a COVID-free parallel universe. In fact, according to my diary we should all be sailing from Derry TODAY for the final race of the final leg. Eyeronic indeed!

I know “times is ‘ard” and I am not racing at the moment but the charities I am supporting are still working very hard and still need support….