In Greek mythology, Helen of Troy, or Helen of Sparta if you prefer,  was said to have been the most beautiful women in the world. She was married to King Menelaus of Sparta but was abducted by Prince Paris of Troy after the goddess Aphrodite promised her to him in the “Judgement of Paris.” This led to a little 10 year long scrap known as the Trojan War – lots of boats, lots of fighting, a big wooden horse and it doesn’t end well for Troy. You know the story. 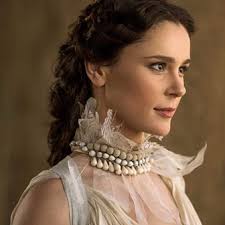 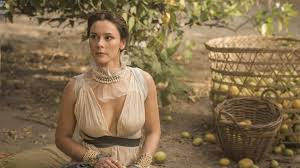 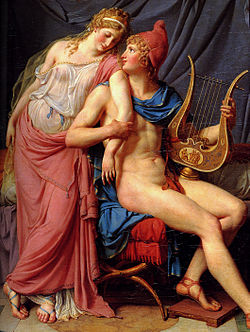 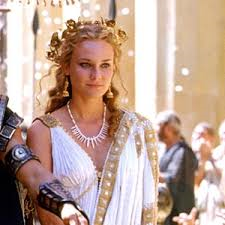 Her beauty inspired many artists and Christopher Marlowe’s lines from his tragedy Doctor Faustus are frequently attributed to Helen:

“Was this the face that launched a thousand ships …….”

but in something of a continuation of “Where’s Wally” from the previous blog, I do appear in the official video that follows, maybe even more than once, but this isn’t easy either. You’ll soon see why!!!!!

May had already seen a flurry of announcements – UNICEF, Zhuhai, Sanya and Qingdao all sponsoring boats in this edition – Zhuhai, UNICEF and Visit Sanya hulls all branded and the skipper pairing of Chris Brooks to skipper Qingdao, Seumas Kellock to skipper Visit Sanya, Nick Leggatt to skipper Zhuhai and Ian Wiggin to skipper the “Big Blue Boat” – UNICEF. The 11 AQP’s (Additional Qualified Persons) or Mate’s were selected and Cape Town, South Africa and Whitsundays, Australia confirmed as Leg 2/Leg3 and Leg4/Leg5 stopover ports. BUT, heading to Portsmouth for crew allocation we still did not know 5 of the stopover ports, where the Race would be starting/finishing in the UK, nor the dates, nor which teams we would be in and who we would be sailing with. I’ll describe the day in full in a future post but the most important bits for me ……………………….. drum roll please ……………………… 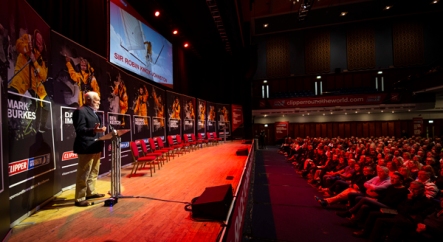 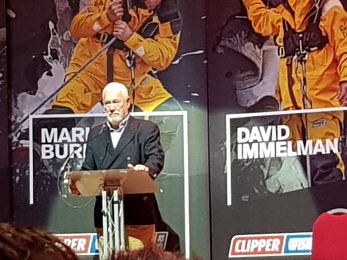 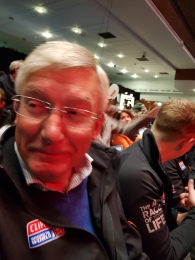 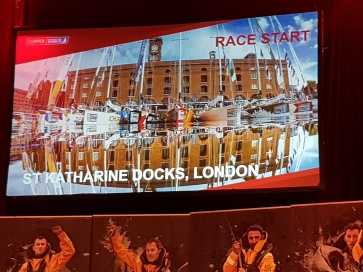 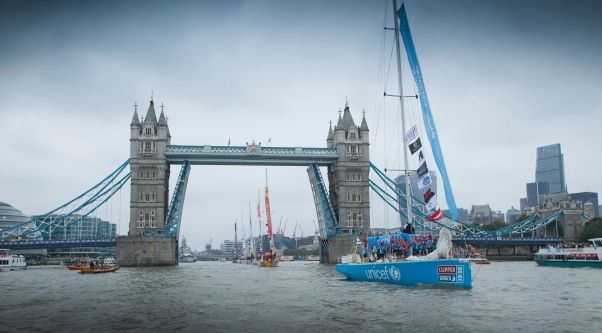 20150830 Copyright onEdition 2015© Free for editorial use image, please credit: onEdition The Clipper 15-16 Race start in London, St Katharine’s Dock. Today the Clipper Round the World Yacht Race fleet, the world’s largest of matched ocean racing yachts will begin its 40,000-mile circumnavigation from London. The twelve 70-foot yachts paraded down the River Thames from Tower Bridge. If you require a higher resolution image or you have any other onEdition photographic enquiries, please contact onEdition on 0845 900 2 900 or email info@onEdition.com This image is copyright the onEdition 2015©. This image has been supplied by onEdition and must be credited onEdition. The author is asserting his full Moral rights in relation to the publication of this image. Rights for onward transmission of any image or file is not granted or implied. Changing or deleting Copyright information is illegal as specified in the Copyright, Design and Patents Act 1988. If you are in any way unsure of your right to publish this image please contact onEdition on 0845 900 2 900 or email info@onEdition.com

Punta del Este, Uraguay was announced as the Leg1/Leg2 stopover port, Seattle as the Leg6/Leg7 stopover port and dates were published for all Legs up to and including arrival in Panama half way through Leg 7. Importantly the Leg 8 start port – East Coast of the USA was not yet ready to be announced so I, the circumnavigators and the other Leg 8ers still await news – hopefully before the end of May.

After the initial briefings it was the turn of the skippers to “open the sealed envelopes”, “BAFTA/Oscars” style and read out the names of their crew – half a crew at a time. So it was when the 11th skipper – Ian Wiggin – read out the first half of HIS crew that my name appeared and, having already known Ian was skippering the UNICEF boat, that I first learned my boat for the 2019-2020 edition. 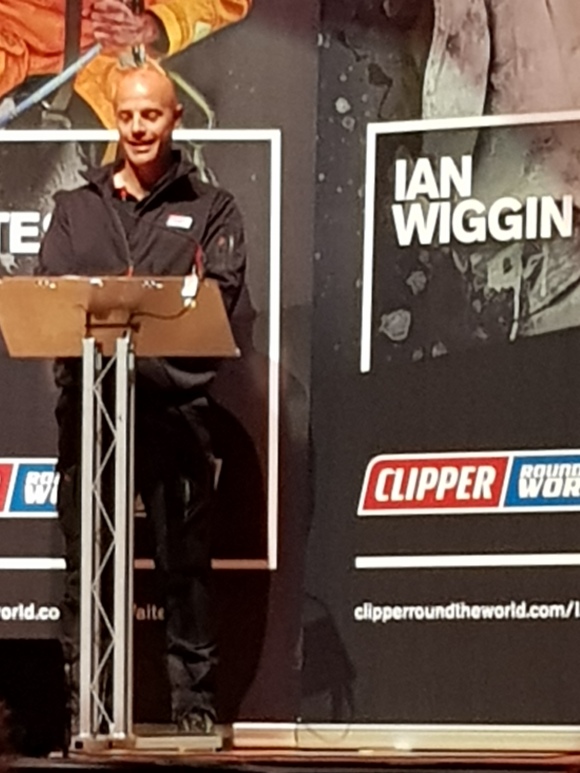 I wrote a little bit about Ian Wiggin in Blog 54: Clipper 2019-2020 Skippers Announced, published 26 Mar, and obviously you will hear more about him, and probably from him, over the next 15 months or so. 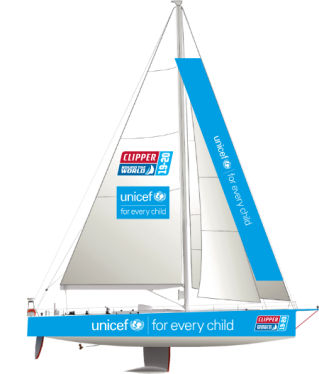 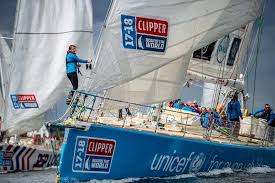 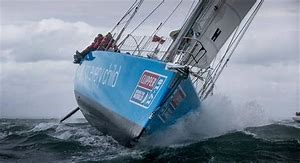 My Race will start in Punta del Este, Uruguay, joining the UNICEF yacht on 18 October with Leg 2 across the South Atlantic starting on 23 October. Leg 2 will comprise a single race of 3,600 nautical miles to Cape Town, South Africa. The arrival window into Cape Town (the dates between which all the yachts are expected to arrive) will be 7 – 11 November. 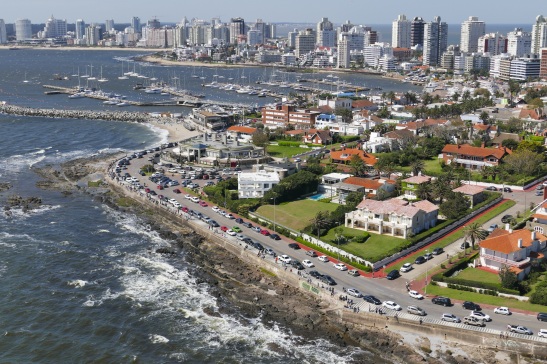 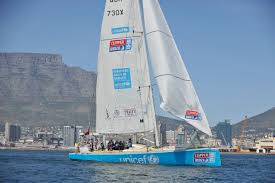 Leg 3 across the Southern Ocean, will start from Cape Town on 17 November and will comprise a single race of 4,750 nautical miles to Freemantle Australia. The arrival window in Freemantle will be 9 – 14 December with crew changeover on 17 December when I will disembark. 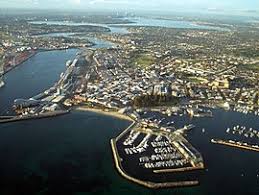 North Pacific. Leg 6 will start from Zhuhai (see Blog 18: First 2019-2020 stopover announced … Zhuhai…. yes I had to look it up too, published 26 Aug 2018) on 9 March and will comprise 2 races. The first is up the Chinese coast and inside the Korean peninsula to the Chinese port of Qingdao. The arrival window into Qingdao will be 17 – 19 March and there will be no crew changeover.

southern tip of Japan and across the International Date Line and the North Pacific Ocean to Seattle, USA. The arrival window into Seattle will be 19 – 24 April. Crew changeover will be 27 April when I will disembark. The total distance for Leg 6 will be 6,950 nautical miles.

I will rejoin team UNICEF for the final leg, Leg 8, across the North Atlantic, in a port yet to be announced, on the east coast of the USA. This is likely to be in mid June 2020. The final leg will include a stopover in Northern Europe (somewhere within 800 – 1000 nautical miles from London, and then a final race to the London finish. The return Parade of Sail up the Thames to St Katherine’s Dock will be in early August 2020.

And finally, at least for the moment ………….. some help in the Where’s Wally? from the first photo: 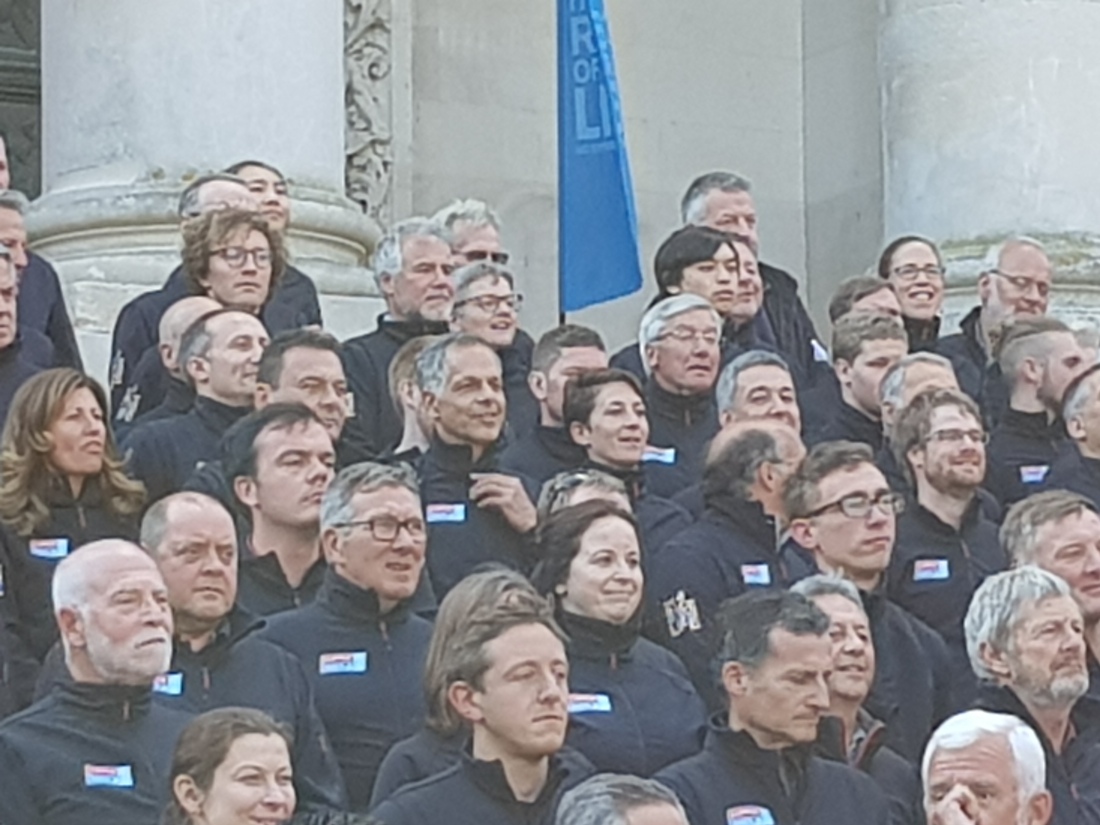 Pretty Much All At Sea is one year old TODAY!

and Clipper events at The Little Ships Club in London, Lord’s Cricket Ground  and Crew Allocation at Portsmouth Guildhall.

As far as countdowns to future events are concerned it is now:

158 days until I join my yacht and 163 days to  my own race start in Punta del Este, Uruguay,  for Leg 2 across the South Atlantic.

I covered the introduction to Level 3 training some time ago – see Blog 57: Level THREE Training, Part 1, puiblished 9 Apr – and tomorrow I have an 0600 start to complete my sailing with Walton Hall Academy and the Cirdan Trust onboard the Queen Galadriel – see Blog 48: My Next Sailing ……. but one …… and a little something for Lord of the Rings fans!, published 20 Feb.

Today has been spent sorting out my kit, bell ringing, inspecting the bees (I’ll be taking honey in a couple of weeks) and more baking practice (with G&T accompaniment!!!). 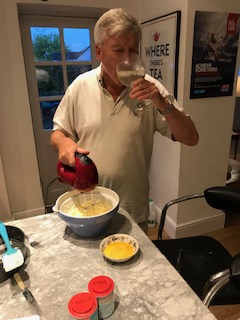 Level 3 was great fun, successful up to a point in that we never DID quite get to hoist the spinnaker due to the weather – too much wind thanks to Storm Gareth, great experience this time in a Clipper 70, and another good chance to try out my kit. In crawling along the deck forward of the mainmast going to the assistance of a fellow crew member in difficulty right in the bow I completed a comprehensive terst of my kit, my safety tether (we were both clipper on thankfully) and my ability to hold my breath when we were both underwater thanks to heavy seas and waves breaking over the bow. Note to self (as if I didn’t already know) …….. bow work in heavy weather is a young man’s game.

I do have more photos and more video action shots, including hoisting a rope spinnaker alongside in East Cowes (sheltering from the worst of Gareth) and a letterbox drop (basically how you drop the spinnaker) but …………….. and its a reasonable big but ………….. on the last day on safari (see Blog 59: Leg2/Leg3 Stopover recce, published 18 Apr), my mobile phone and trusty Level 3 camera, fell unnoticed from my pocket and disappeared over the back of the safari wagon while on the final game drive. I had visions of wild animals trying to work out how to hoist a spinnaker (they’d be better than us!) and various animals taking selfies and “bum” shots before the battery finally gave up the ghost …….. its not unknown!!!!

Anyway, you can imagine my surprise and delight when I received a phonecall from the game reserve in South Africa 3 days AFTER returning to the UK and a full 7 days after losing it, to be informed that they had found it and right nowe it is heading back here and will be with me, HOPEFULLY, in time for Crew Allocation Day which is now only one week away! When I get my phone back I may well post some more videos and stills but in the meantime here are a few I managed to save……. 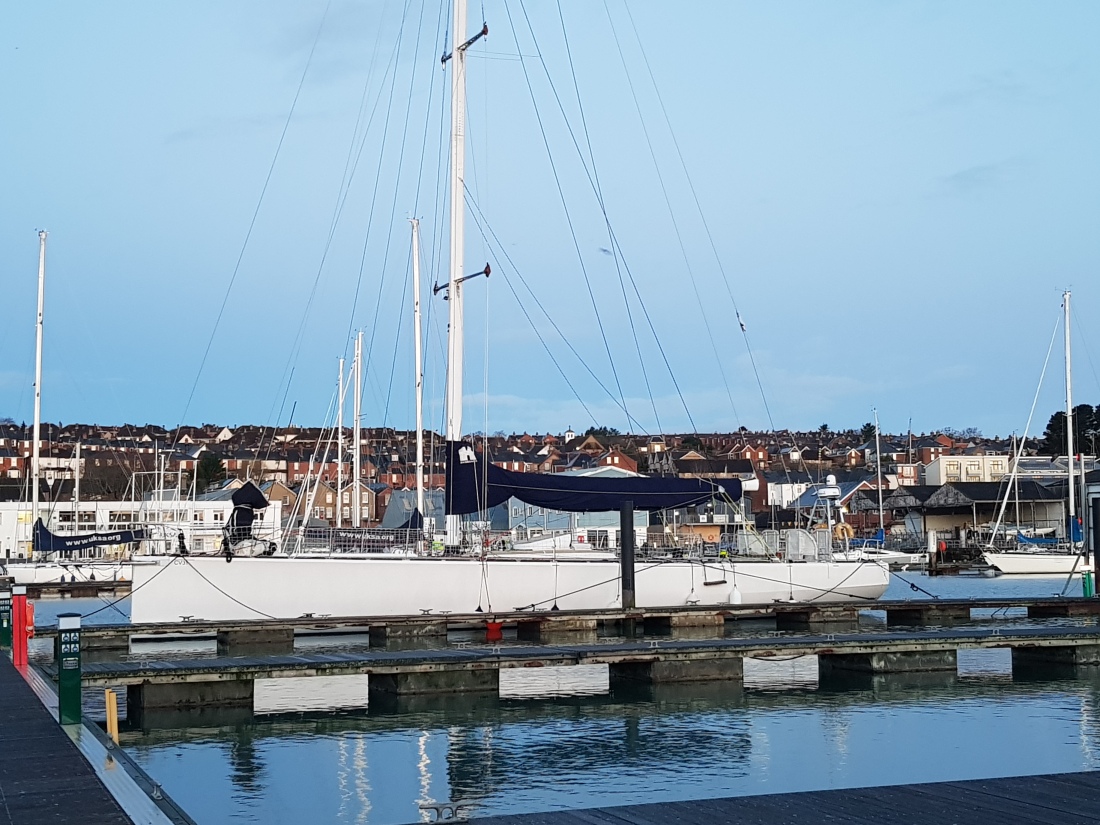 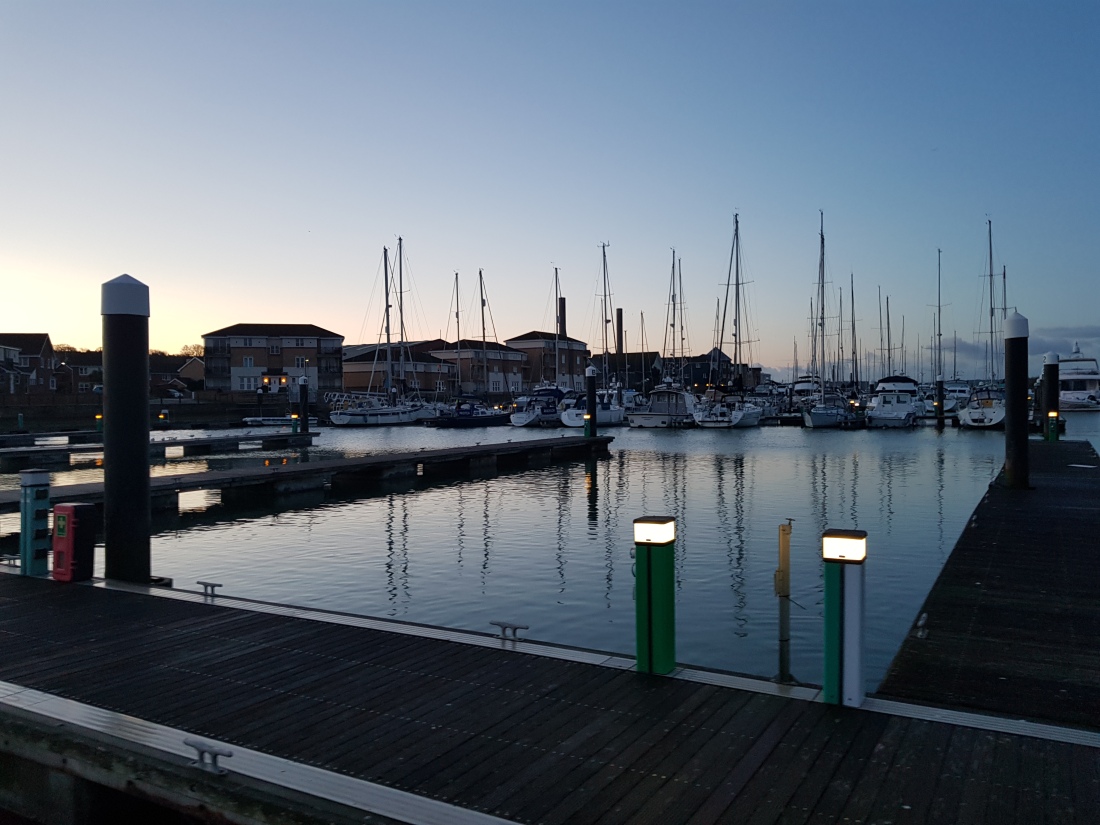 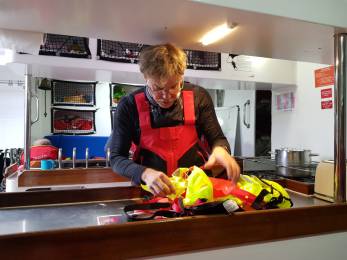 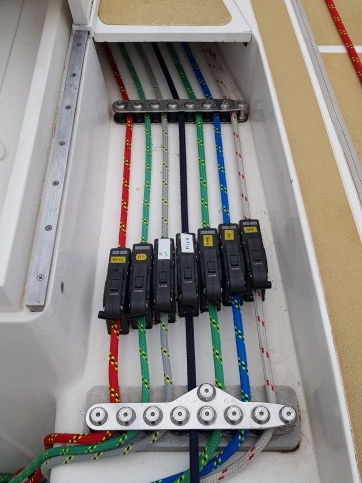 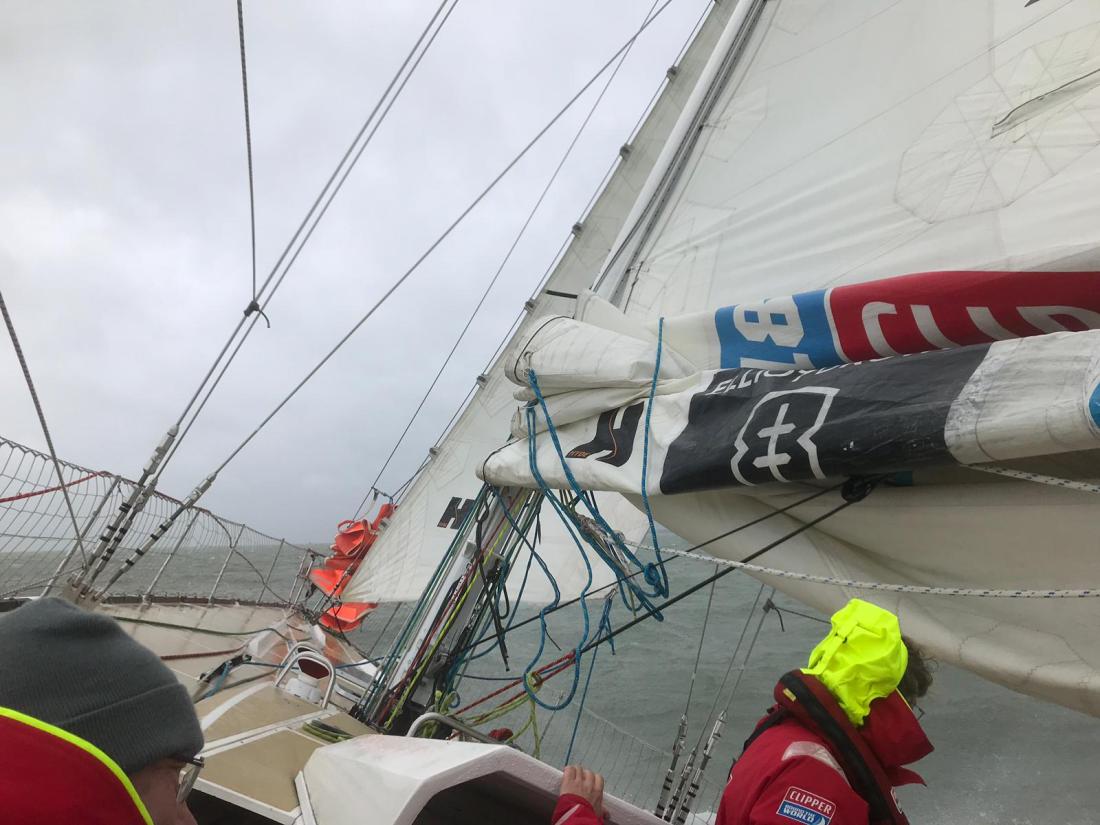 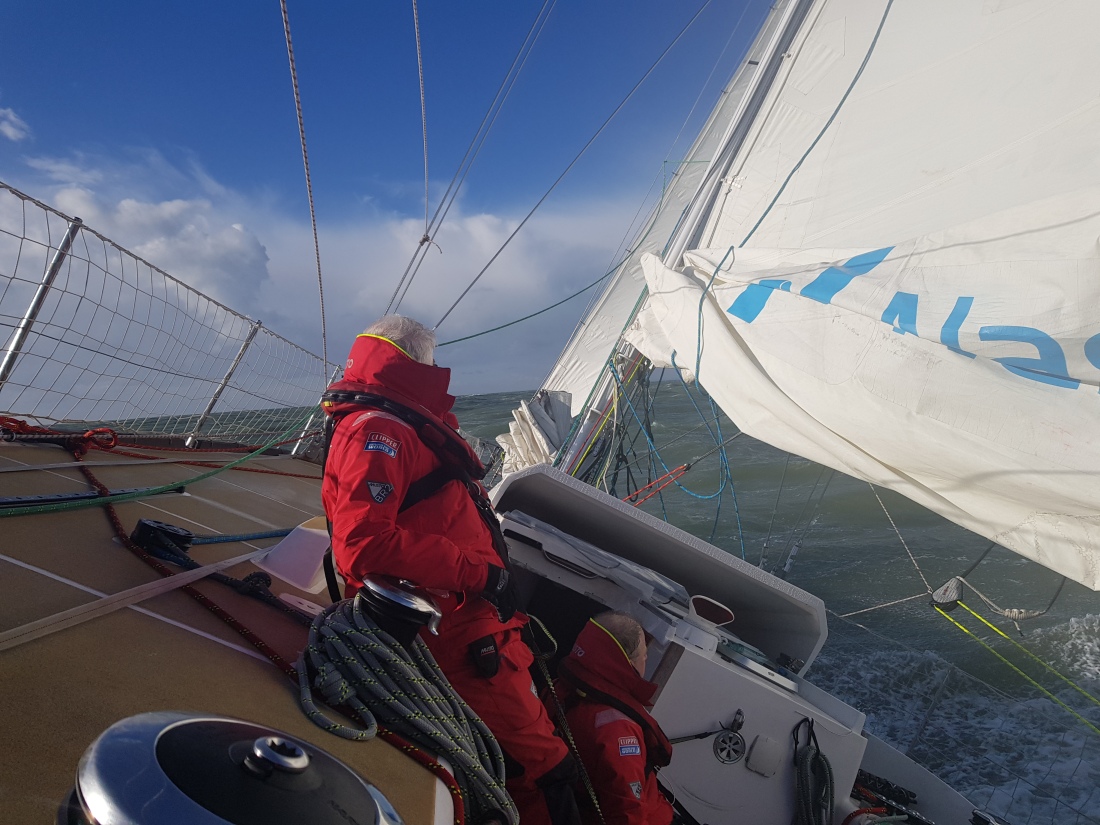 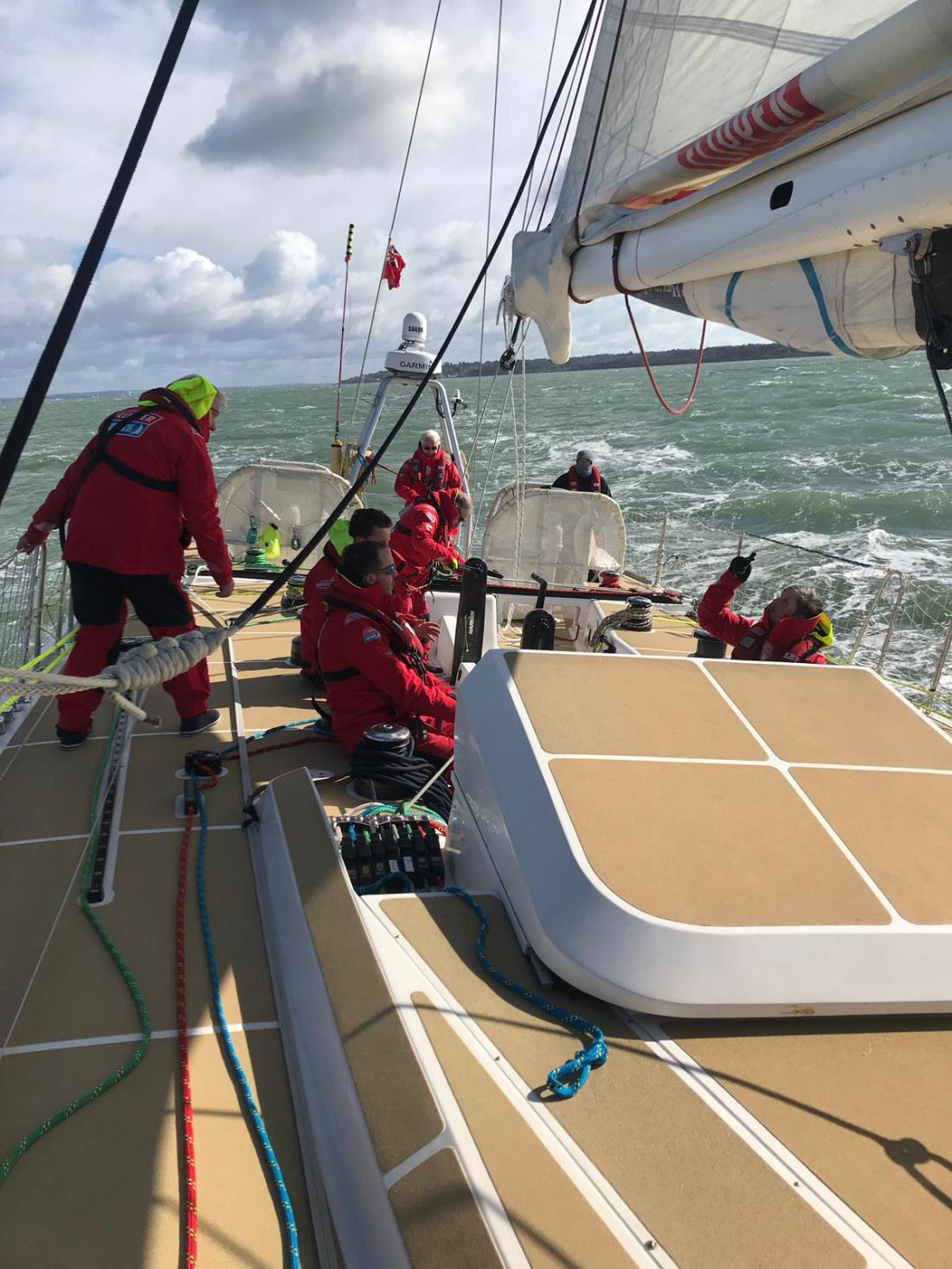 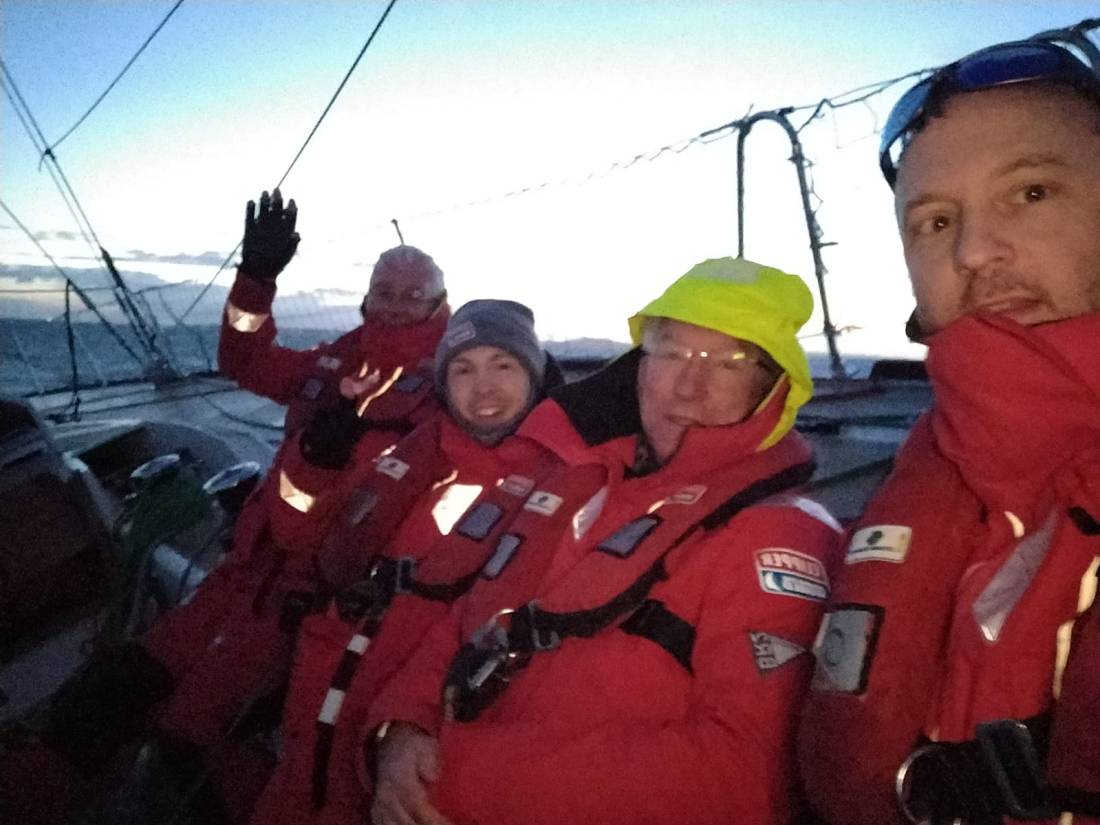