A few days after completing Level 3 training I was back “in the office” joining Harwich pilot Prithvi Singh in a trip out to the vicinity of the Sunk Light Vessel to Board the OOCL Indonesia, inbound for Felixstowe harbour.

Prithvi is the Deputy Harbour Master (Pilotage) at the Harwich Haven Authority and is also one of our SCS (Special Category Ships) pilots. At around 211000 gross registered tons and 399.87m long and capable of carrying over 21,000 containers, OOCL Indonesia is one of the largest container ships in the world by carrying capacity. 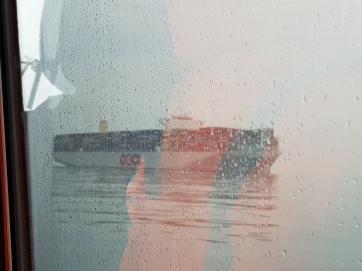 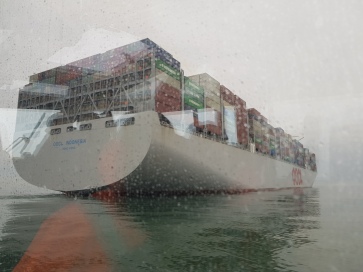 The OOCL Indonesia was built at the Samsung Heavy Industries shipyard on Geoje Island in South Korea and launched in 2018. She is the 6th and last of OOCL’s “G Class” 21,413 TEU containerships. TEU stands for 20ft  equivalent unit and is a somewhat inexact unit of cargo capacity used to describe the capacity of container ships and container terminals based on the volume of a 20ft (6.1m) long intermodal container with a most common height of 8ft 6 inches (2.59m). Containers do come in varying sizes and a 40ft long container would equal 2x TEUs. 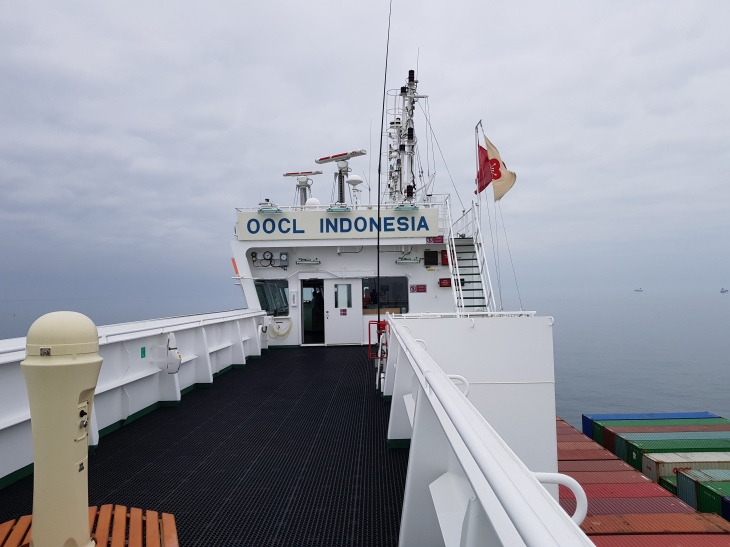 Orient Overseas Container Line was originally founded in 1947 as the Orient Overseas Line and was the first Asia-based shipping line to transport containerised cargo across the Pacific. Hong Kong based, and renamed OOCL in 1969, they operate 59 ships and are a member of the Grand Alliance comprising Hapsag-Lloyd (Germany), NYK (Japan) and OOCL (Hong Kong). OOCL were recently taken over by their Chinese rival COSCO  (China Ocean Shipping Company) with a fleet of over 1000 vessels, a State registered Chinese company regarded as the 3rd largest shipping company in the world. COSCO ships call at over 1000 ports worldwide. 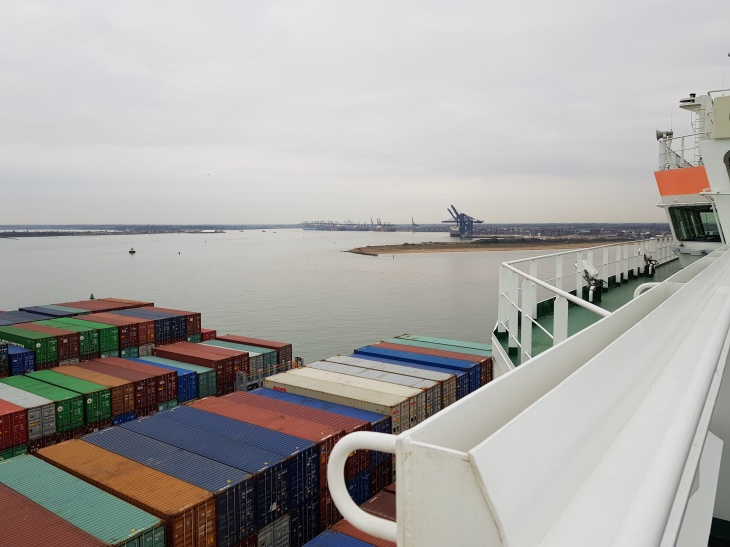 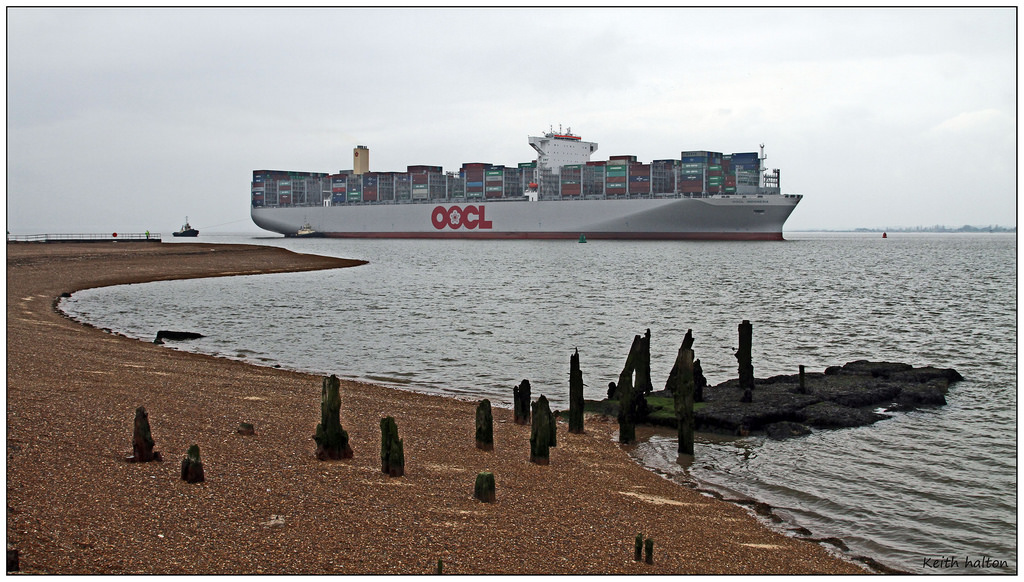 Appropriately for the largest container ship in the world, the OOCL Indonesia is named after the world’s largest archipelago country nation – 17,508 islands, only 6000 of which are inhabited.

Once up through the Deep Water channel and, tug assisted, around the Beach End turn and into the harbour, it was “just” a case of slowing the biggest container ship in the world to a stop, turning her with 3 tugs to port off the berth through 180 degrees in an ebb tide, and then “gently lowering” her onto the berth!

And not a winch, jammer, sail tie, running backstay or sail in sight!! 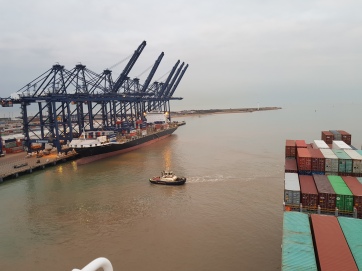 For Prithvi and the other SCS pilots at HHA, plus our launch crews and Vessel Traffic Service operators (but not quite for me) ….. just another day in the office!

One thought on “58. My post-Level-3-training Day at the Office”