Shortly after the last edition of the Race finished in Liverpool, Clipper Ventures have announced the first of the 2019-2020 stopover ports  – Zhuhai in China, with the ‘Islands and Sailing City’ of Zhuhai and Zhuhai Jiuzhou Holdings Ltd signing a multi-million pound three edition deal that will see them feature in the 2019-2020, 2021-2022 and 2023-2024 editions.

Zhuhai Jiuzhou Holdings already has extensive experience in hosting major sailing events, including the 2016 and 2017 China National Sailing Regatta, as well as its own ‘Jiuzho Cup.’ Zhuhai also has one of the largest yacht-build bases in China and it joins Sanya, in the south, and Qingdao, in the north, as Chinese Host Port Partners. The city, with a population of over 1.5 million, is on the southern coast of Guangdong province in the Pearl River Delta. As a stopover port it is likely to feature in Leg 5 and therefore not in my race, as I anticipate (based on the 2017-2018 edition) joining the start of Leg 6 (The Mighty North Pacific) in Qingdao in northern China. In the meantime ………… if you know where Hong Kong is, then go South and West to Macau and then up a bit ……….. Zhuhai……….. and if you want to know more check out     http://www.cityofzhuhai.com       and also take a look at the Hong Kong-Zhuhai-Macao bridge as China seeks to develop the $20 billion ‘umbilical cord’ linking Zhuhai, Macao and Hong Kong and develops the China Greater Bay Area to rival Tokyo Bay and San Francisco Bay. 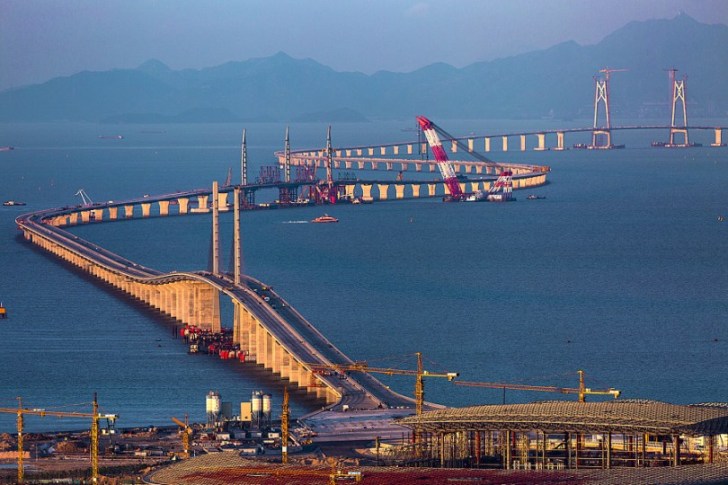 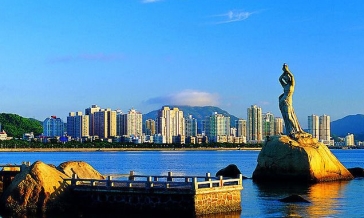 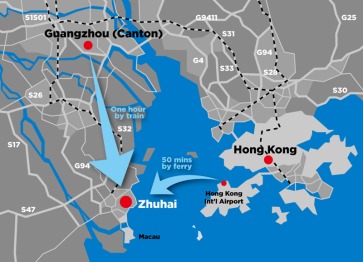 Meanwhile, back in Portsmouth ……………